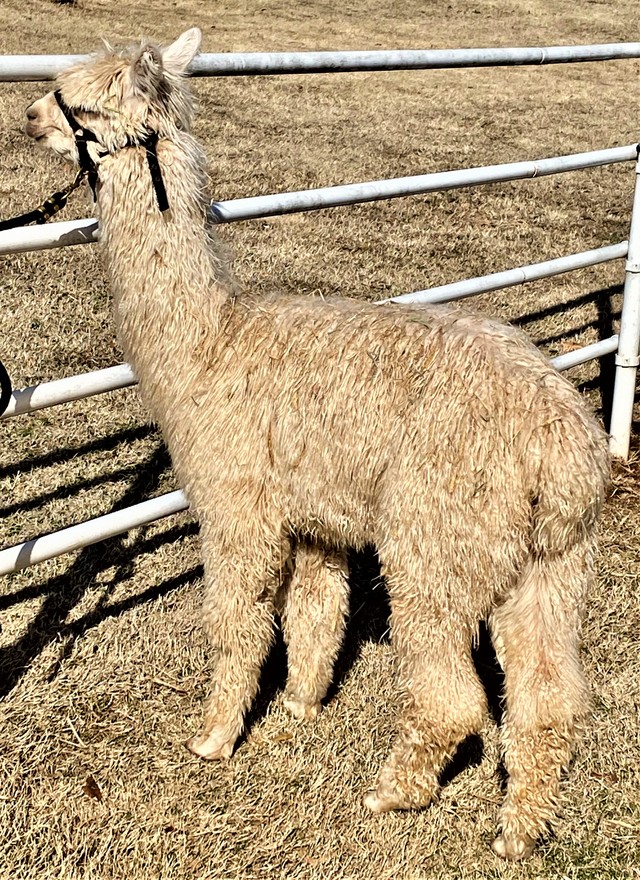 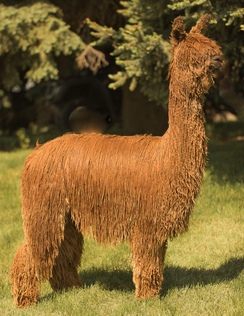 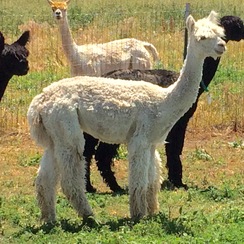 Ask a question
Details
Certificate EPDs
Gem is a very well bred Suri female. Gem was sired by our 7 time banner winner Black Beau's Comet. Comet is a son of true black National and Futurity champion Black Beau, grandson of Diamonte, and great-grandson of Kobe. Yes, Comet is from that great PVA lineage. On the bottom of Comet's pedigree is a daughter of Saladin. Bay black Saladin sired some outstanding offspring including the true black champion Psylent Knight. Comet's dam's dam comes from a line that has great fleece stats in regards to fineness. Being sired by Comet means Gem has great genetics on the top of her pedigree.

Gem's dam, Grace's Kinley By Electrofyre, was sired by 9 time Judge's Choice winner WLK Electrofyre and it's proven that he is siring champions as he has 14 Get of Sire wins to his name. Electrofyre also sired the back to back Nationals Light Sure Male Supreme Champion in 2016 and 2017 named Electrofyre's Cosmic Dust! Gem's dam's dam does not quite have the genetic notoriety of the rest of the pedigree, but it does contain two great champion black males in Kobe of PVA and King Kong. From top to bottom, Gem's pedigree is that of a winner.

When we chose Gem’s sire and dam, we did so by looking at the EPDs in addition to the combination of championship genetics found in both of them. Comet's EPDs are pretty strong from top to bottom, but the worst ranking is for SDAFD. That is Grace's strongest ranking of the top four EPDs. Both of them have strong rankings for staple length and fleece weight. Comet's ranking for staple length are Top 1%. Gem has been given estimated EPDs for 2019 and they are good (check them out by clicking on the link). It's no wonder that the fleece on Gem shows all indications of being one that has great density. It is also a fleece that is fine and lustrous. She's a well put together female with good bone, a solid frame, and good proportions to her conformation. We can't wait to see how she continues to develop. We feel like she could end up being special. Time will tell.
Awards 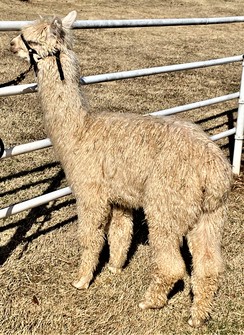 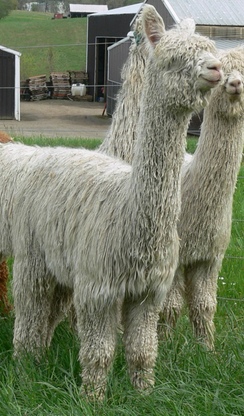 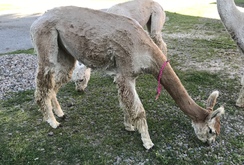 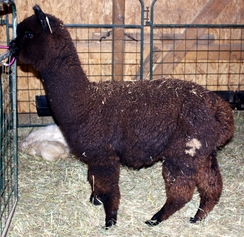